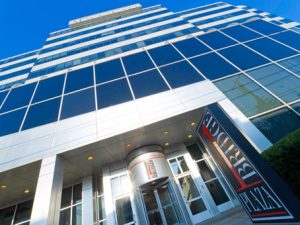 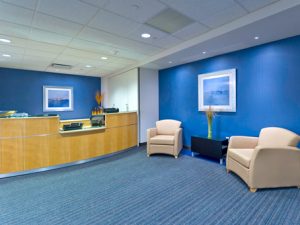 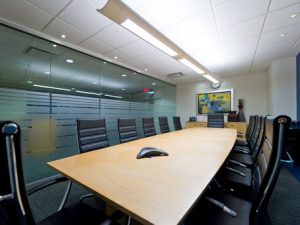 In the heart of Fort Lee's business district, this center is at the entrance of New York's iconic George Washington Bridge, just moments from Manhattan. New York is a world leader in banking, insurance, commerce, culture and media. It is home to more than 40 Fortune 500 companies and many of the world's largest corporations have offices in the Big Apple. The United Nations is also based here. The city also boasts the New York Stock Exchange and NASDAQ, the world's largest stock exchanges. New York is one of the world's most famous hubs for the television, film and theatre industry and is the location for numerous colleges and universities which are ranked in the top 100 in the world. Manufacturing has traditionally contributed largely to the area's economy and creative industries including fashion, architecture and new media are growing. Other important sectors include biotechnology, IT and medical research.