CBRE Ventures In The Coworking Space Realm with Hana 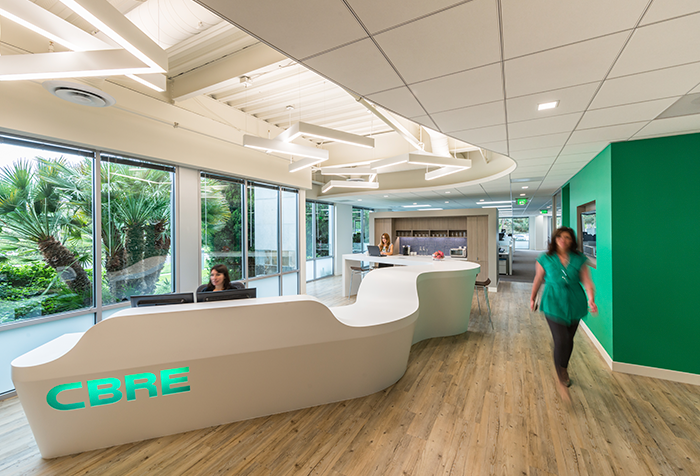 CBRE Ventures In The Co-Working Space Realm It seems like a new co-working space is coming up in New York and WeWork is about to get some serious competition!

According to the latest reports, CBRE, which is the biggest real estate service firm in its own league, is now venturing in the coworking space and flexible workspace realm.

Sources have revealed that CBRE has launched a $13.75 billion coworking company called ‘Hana’. Hana is a workspace provider that is looking to compete with renowned coworking firms including Regus, WeWork, and Knotel.

However, it seems that Hana will operate differently than other workspaces.

Unlike other flexible offices, which lease their services and then let companies operate separately, Hana will be focusing on exclusive partnership agreements with landlords in which the brand will co-invest for managing spaces, cost of building these spaces and shares in revenue.

The idea is different this time but it is bigger, better and more powerful. According to the Executive Officer of Hana, Andrew Kupiec, flexible coworking spaces are becoming more attractive nowadays and as a result, their company will be looking at Hana as something ‘superior’. He added that there are many landlords that want to divulge in flexible working spaces but want to make sure that they don’t operate these spaces on their own. This is where Hana comes in, he said.

It seems like CBRE’s plans are big and it is planning to take the new venture, Hana, across the globe. However, according to Kupiec, their focus will now be New York City. In New York, coworking spaces have expanded rapidly. They take about 4% of the total office share. Hana, as a company, will now have its focus on New York because of the growth in coworking spaces in the city.

Moreover, Kupiec also added that they are looking to expand their share to at least 15%-20% of the market. Hana will be opening new locations in New York. However, it hasn’t been revealed where yet. Kupiec also added that a typical, orthodox space of the new spaces will be around 50,000-60,000 square feet and would be more useful for larger offices. He said that these offices would need portioned and private spaces, along with access to conference facilities and other amenities. They aim to provide these through Hana.

The new partnership concept with Hana launched by CBRE might win some landlords over, especially those who have been reluctant to lease coworking spaces. At the moment, as far as coworking spaces and the niche is concerned, on the whole, there are certain owners who like transparency and Hana is an arrangement that can provide it. Kupiec further said that there are tenants who prefer flexibility and want to graduate into conventional spaces when the time is right.

His remarks point to the fact that coworking spaces are truly in demand and Hana is moving in the right direction by offering something ‘different’. CBRE’s new venture Hana is a ‘wholly owned subsidiary’. Moreover, according to the chief executive of the company, the reason for offering Hana is to option as a brokerage network.

The new announcement by CBRE seems like a way forward and shows clearly the prospects and possibilities coworking spaces offer.