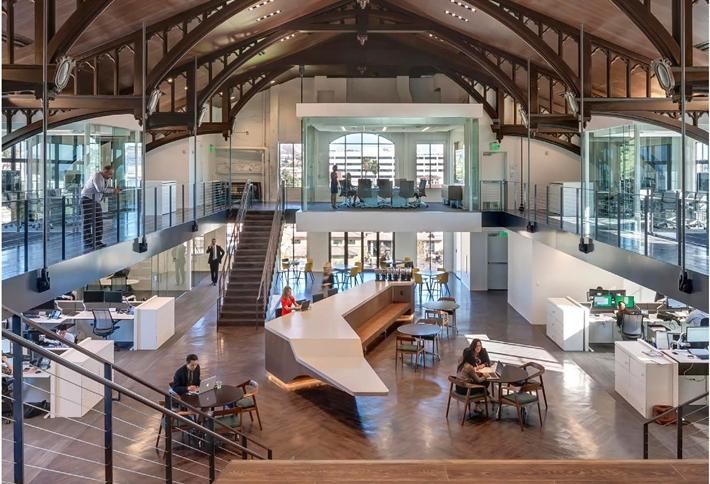 Recently, the news about CBRE venturing in the co-working space realm was abuzz. CBRE is set to enter the coworking realm by venturing in the market with a huge space. According to sources, CBRE is trying on something ‘different’ with its space and with a new set of rules and regulations.

CBRE, the largest commercial real estate brokerage services company in the world, recently announced that it will be entering the coworking space market in NYC. However, following its announcement, other coworking companies who are operating in the same market have expressed their disregard.

According to latest reports, flexible coworking space providers in New York are expressing strong disapproval against CBRE’s entry in the market. These firms already occupy a big share of the lucrative leasing market of the city. However, they have made it clear that they will not be doing any kind of business with the firm.

According to CEO and co-founder of Knotel, Amol Sarva, CBRE’s new move is a step backward for them. In his own words, Sarva expressed disconcern and said that they have no reason to do business with CBRE.

It seemed like Sarva is quite serious with his stance, as he mentioned that there are many brokers in the city already that they can do business with. His comments came after CBRE’s announcement seemed like a ‘competitor’s move’ against the current market players in the industry. For the record, Knotel holds a SIGNIFICANT share of the city’s coworking space. His words meant that if CBRE continues to do business with other kinds of brokers, they will not be representing them.

While Sarva has already worked with CBRE in the past, other coworking spaces, who haven’t even had their first experience, have expressed the same stance.

Sources reveal that Bond Collective’s founder has also announced not working with CBRE or calling them at all. According to the company’s founder, Shlomo Silber, Bond Collective feels that there is some kind of conflict in interest in this and that is what they don’t agree with. Or can’t stand working with someone of that approach and mindset.

Bond Collective is also one of the major flexible workspace providers and has opened in 6 different locations in the city.

Comments from other coworking firms have been missing by in large. WeWork, which is a giant of its own, hasn’t commented yet if they are going to or not working to work with CBRE.

They also haven’t commented on whether they will be avoiding leasing transactions with CBRE because of their announcements. However, a spokesperson at CBRE was not available for comment.

On the other hand, CBRE itself has a lot to lose as far as these transactions and decisions are concerned. In fact, if other coworking firms do not agree to lend CBRE their space for leasing, it will deprive CBRE of millions of dollar, in revenue.

According to Sarva, CEO of Knotel, in his very own words, “We will continue to work with other brokerage firms. We also value and respect what they do and have spent a lot of money on and with them”.

It seems like current coworking firms are disapproving CBRE’s move in the coworking market and industry. Further progressions in these developments will show how things actually turn out as far as co-working spaces in New York are concerned.

CBRE, WeWork and Knotel’s rivalry now seems to be a big concern for the current coworking space setup in NYC.

Why Is Brooklyn The Best Neighborhood For Retail RE

Brooklyn is considered one of the best neighborhoods for retail.  Retail…

“Spaces“, a renowned coworking brand in and from Europe, is increasing its…